What are holidays for, if not for traditions and rituals? As the  year comes to an end, there are many variations of practices to bring it to a proper close. Some of them involve wrapping up loose ends in order to begin fresh for the year ahead. Others are a way to plan for the next 365 days in an effort to set for the best and brightest intentions. And some are filled with lighthearted superstitions to get the year rolling. Whatever your approach, taking on a few of these can help make the year’s end more meaningful. If you’re ready to greet 2015, mark the occasion with these longstanding New Year’s traditions. 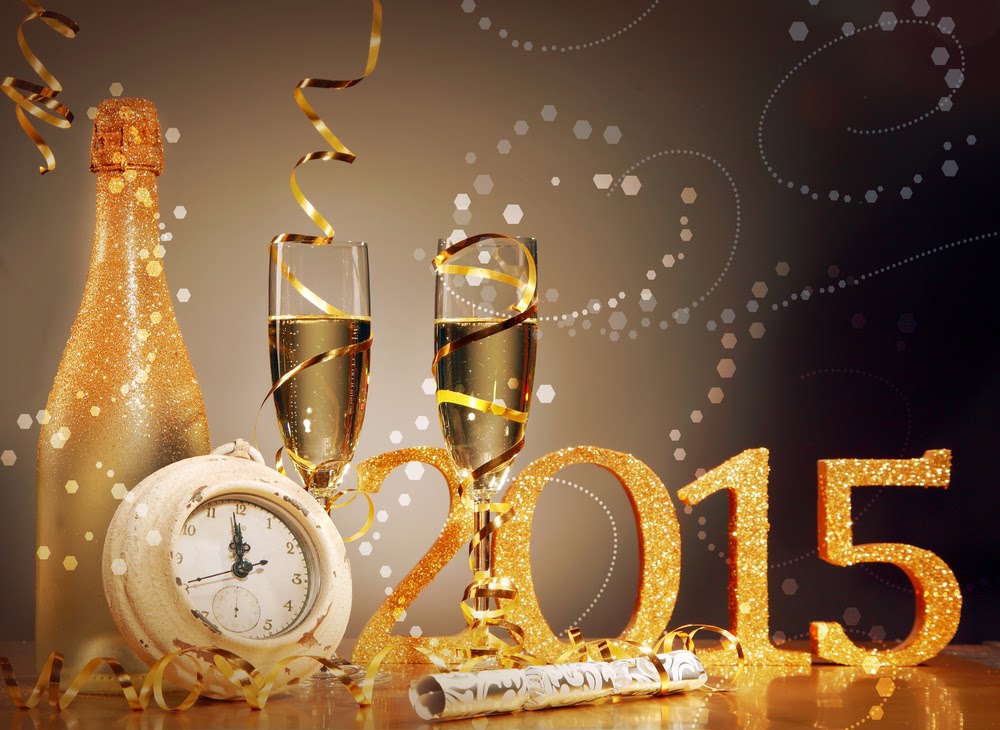 ﻿
1. Grapes – Some say that having one grape for every month of the year ahead will make for a sweeter 365 days. Red or green is up to you. Just pick out 12 juicy ones and have them first thing once the clock strikes twelve since some traditionalists state it must be done within the first 30 seconds of the year.
2. Undies – Tradition states that wearing a new pair of undies on New Year’s Eve will ensure good luck in the new year. Then there are variations on color. Wearing a yellow or golden colored pair represent prosperity and wealth. Red is a wish for love. Wearing white is for peace and happiness. Blue for good health. Green for well-being. And pink, much like red, is for luck in love.
3. Cleaning up – This isn’t really unusual, and probably more on the practical side, but cleaning up your home and car before the New Year is also founded on the concept of not bringing any old baggage into the new year. This also rings true for closets and wardrobes.
4. Resolutions – Whether you stick to them or not, New Year’s Day is prime for resolutions to make you a better person over the next twelve months. Try writing them down and making them realistic so you’ll stick to them.
5. Fireworks – Based on an ancient tradition where it was believed that they’d keep evil spirits away, fireworks have become a longstanding staple on New Year’s Eve. Keep some sparklers nearby to make a festive welcome of the new year.
6. Watching the ball drop – Chances are you’ll be near a television to watch the ball drop and count down to 2015. Keep your honey close by to give them a hug and kiss to welcome the new year with love and excitement as “Auld Lang Syne” plays in the background.
7. Cornbread – Because of its golden color, some believe that consuming cornbread at the beginning of the new year will bring prosperity and good luck. If nothing else, at least it’s tasty!
8. Luggage – In a more bizarre twist on traditions, some people believe that carrying a (empty) piece of luggage around the house at midnight will ensure lots of travel in the new year. I don’t know if that’s true, but it never hurts to try!
These are only a few traditions to get you thinking about some fun on New Year’s Eve. Got any that you practice each year? I’d love to hear about them in the comments! 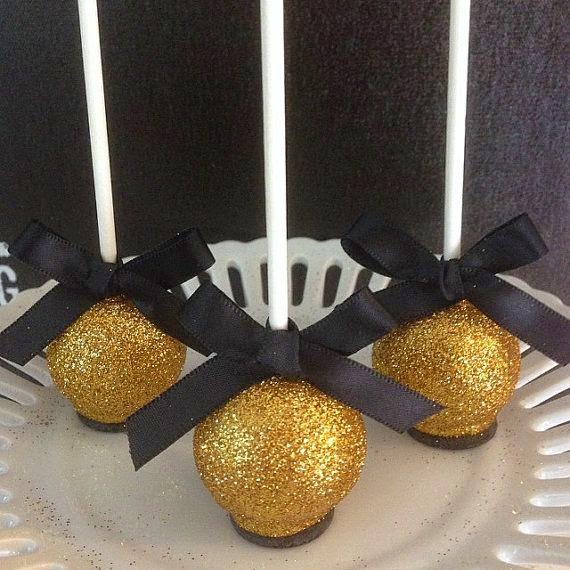 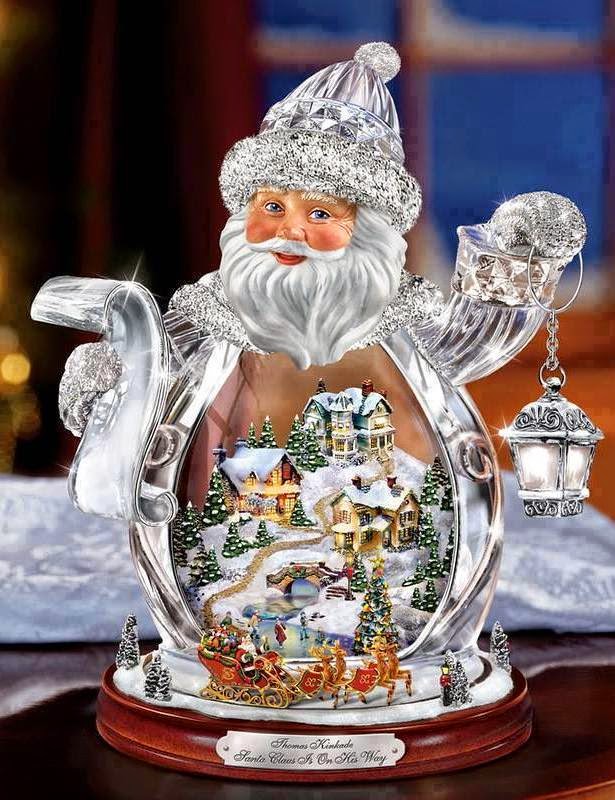 “Snow flurries began to fall and they swirled around people's legs like house cats.
It was magical, this snow globe world.”
"The Sugar Queen"
Eingestellt von Style up by Angel Keine Kommentare:

OK, so you’re just not sure what to do. The wintry weather is rolling in and that means you’re breaking out your hat collection on the daily. So what’s the best solution for your hair? Is it time to make a change? If you’re on the fence or just aren’t sure what direction to go, here’s a roundup of the perfect haircuts for winter. You aren’t quite ready for a major change, but you definitely want to shake things up. How about going for a long bob? 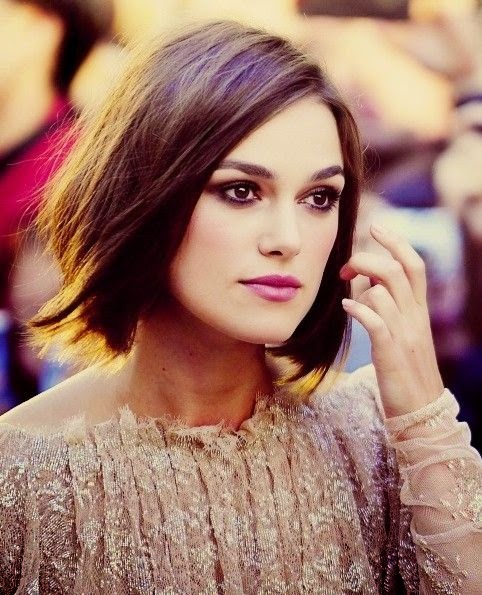 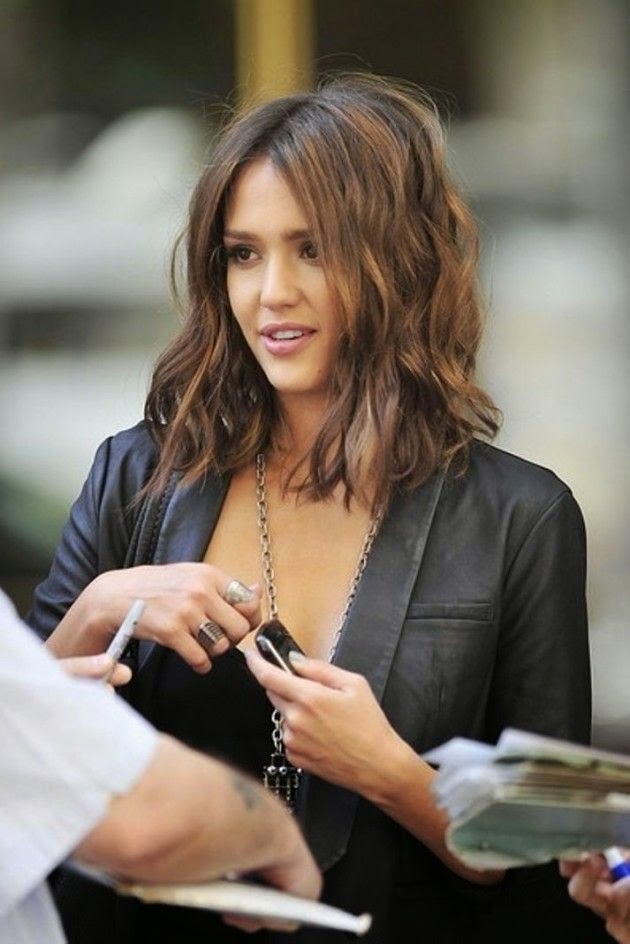 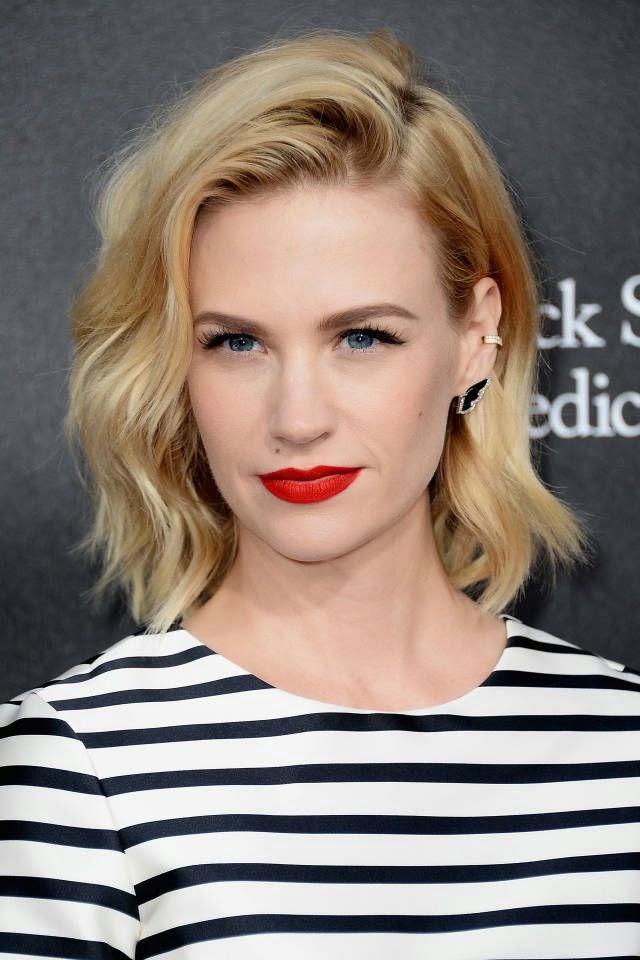 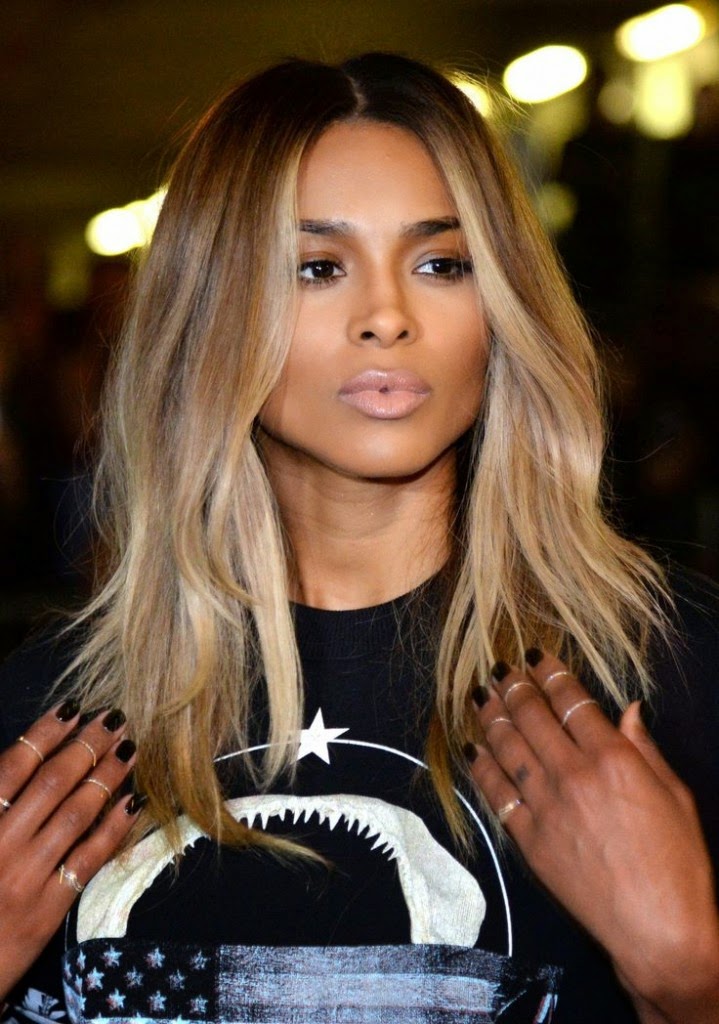 Will you be making a drastic change with your hair this winter?
Keep styling
Angelika
www.styleupbyangel.com
(credit.L.R.)
Eingestellt von Style up by Angel Keine Kommentare:

Outfits With A Christmas Spirit

Christmas is right around the corner. As it is the time for many parties and get-togethers, you will surely be influenced by the festive yuletide mood. Transcend the cheer to your clothing with these jovial styles inspired by Christmas.

For the best Christmas fashion inspiration, think of nobody but St. Nicolas himself. His white-and-red garb is a timeless color pairing you can take from work parties to family get-togethers. 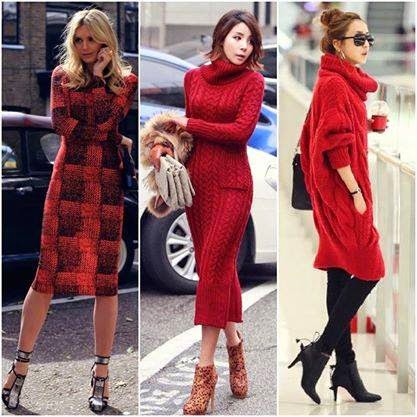 No, you don’t have to take the image of the Christmas tree literally. But from here, you can work around a hot look that is reminiscent of the mantelpiece of the holiday season. Achieve the chic Christmas tree look with a green tiered skirt or an embellished top. You can also go with a plain top decorated with a glitzy statement necklace. - 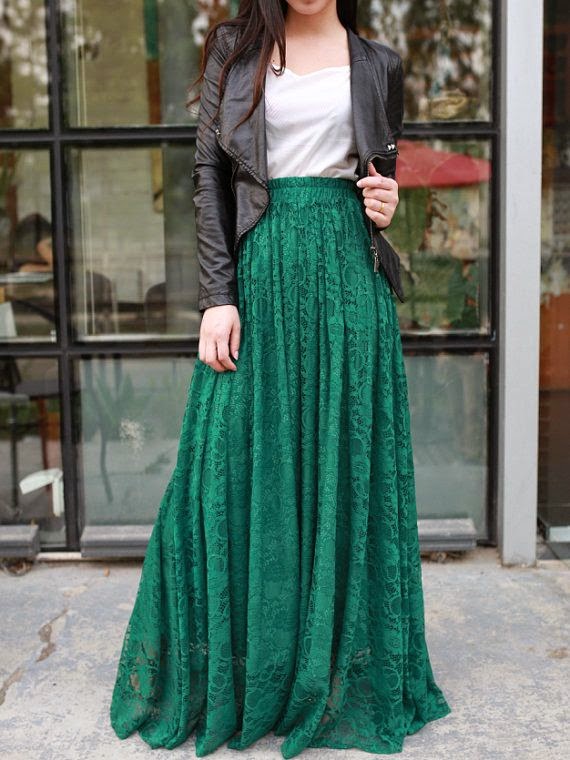 Present
What is Christmas without gifts? Be the present that everybody is excited to receive with a gift-inspired outfit. A simple outfit with a big bow is one of the best ways to come in as a stylish gift. 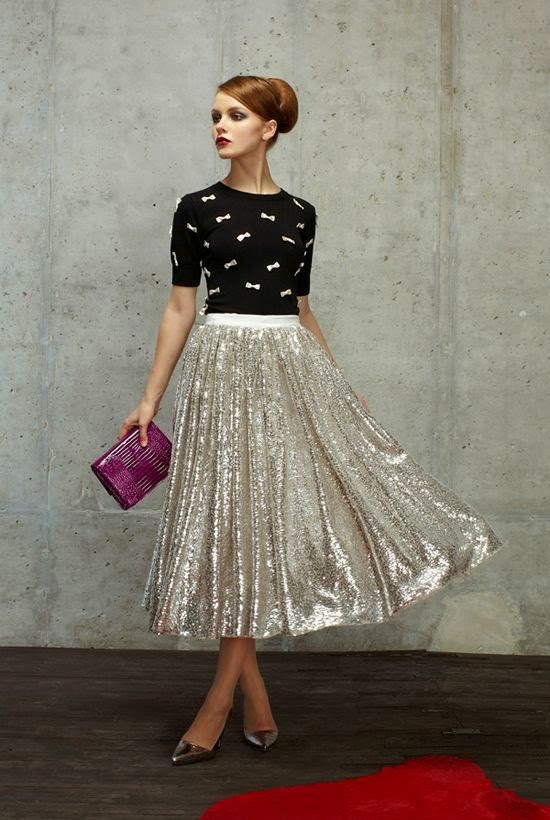 While getting what you want is definitely going to anyone’s Christmas merrier, I think we can all agree that giving is something that makes us feel just as good, too. I personally have started to think about and list down the things that I want to give my family and my friends so I can go buy them once the list is complete. Right now, I’m completing the list for my girl friends, most of whom are obsessed with fashion, so I thought I’d share with you what I found that I thought any fashion lover would lover. Check out our Christmas Gift Guide 2014 for fashionable finds for your style-loving friends. 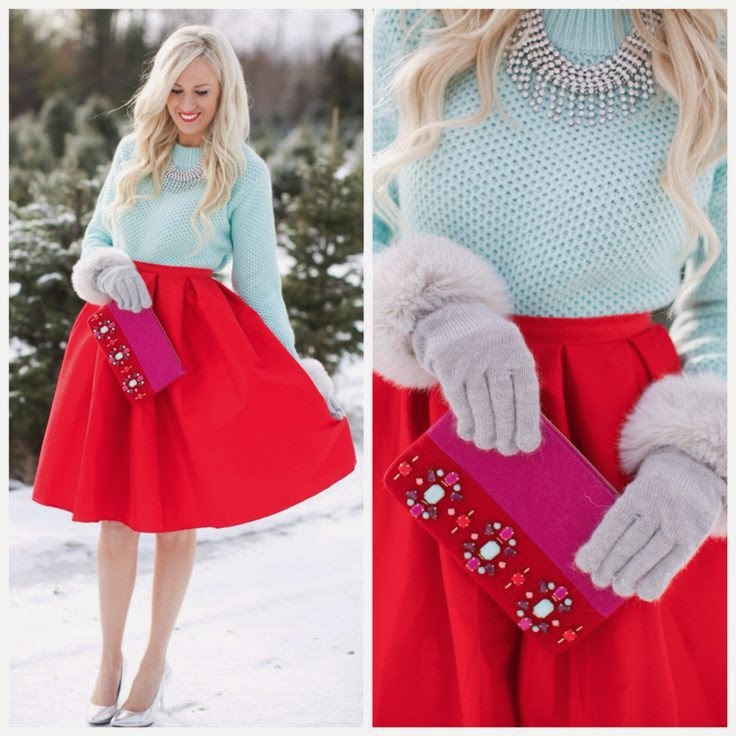 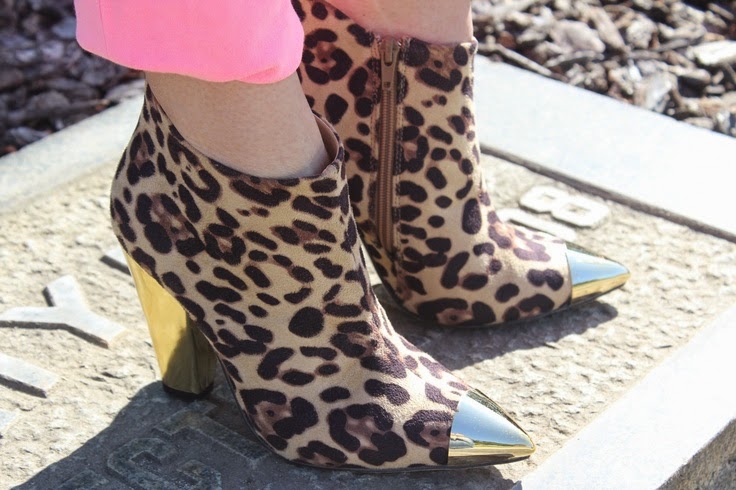 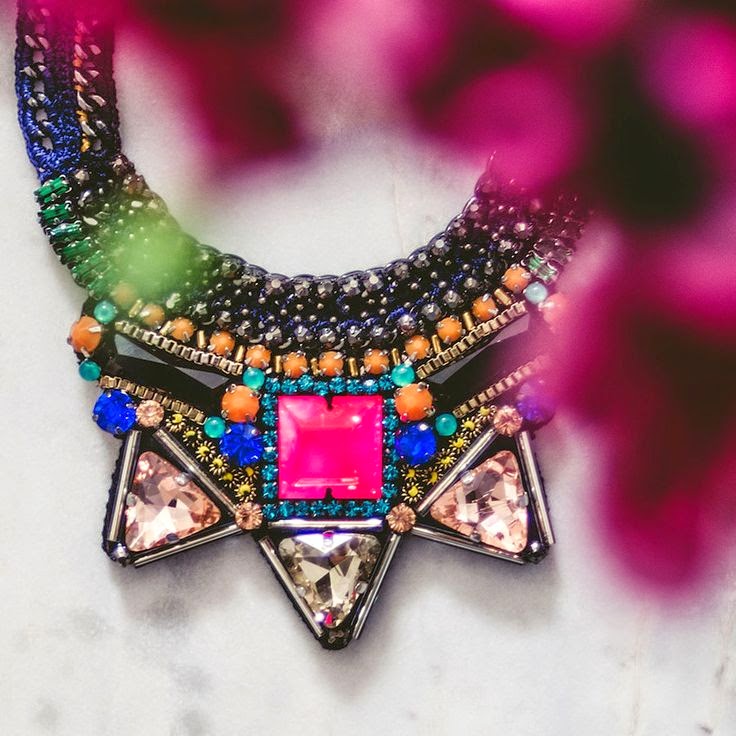 If you’re dressing up for holiday festivities, don’t forget to change up your hair. Your hair and clothes shouldn’t get all the compliments! Still, glamming up for the holidays shouldn’t be complicated. Here are 3 easy up-do’s to complement your festive attire with minimal fussing.

1. The Quick Twist:  The Beauty Department  has a solution for short hair. Try this quick twist for a change on your regular ‘do. 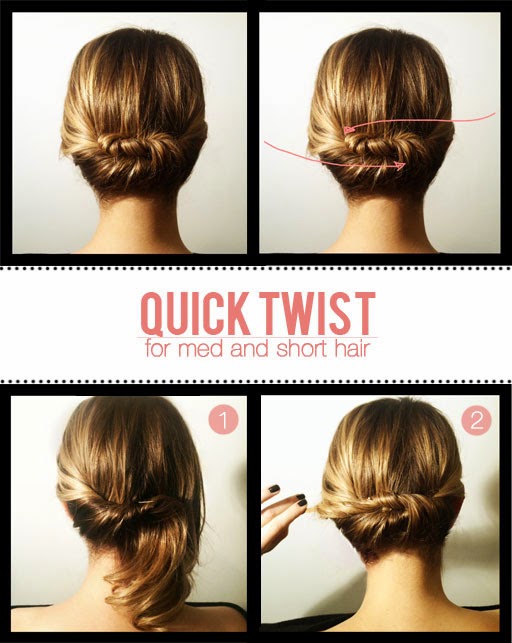 2. The Side Bun: Martha Stewart Weddings  has an update on the traditional chignon with this easy side bun. 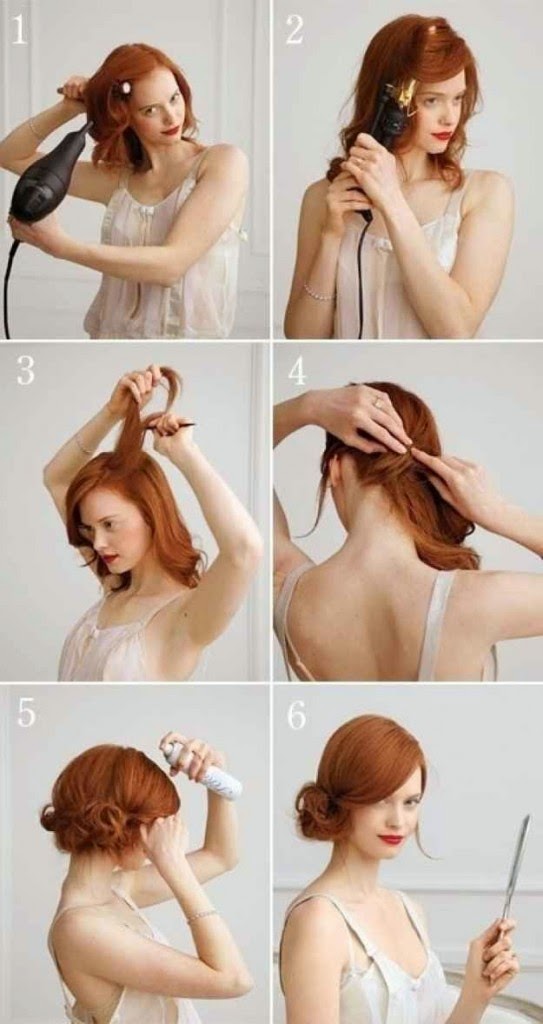 3. The Long Pony Tail - For ladies with long locks, try this piece-y pony by The Beauty Department.

Suit it up: Ladyboss

Suits are super hot and on trend right now but seeing that the best ladies who rock this trend are celebs, fashionistas and supermodels, sometimes you doubt yourself and ask, “Can I pull off that look”? Suits are definitely a little overwhelming, especially if you’re new to wearing them. All that matchy-matchy stiffness can really have you ending up with a masculine outfit and if you were a girly girl, you wouldn’t want that. If you’re looking for tips on how to make this trend work for you, here are some ideas on how to make a suit look more feminine.
WEAR IT WITH HEELS – what’s better at making a suit look more sexy and feminine than wearing it with heels? If you’re wearing a pantsuit, make sure your pants hit you just right by the ankle and then add a pair of sexy stilettos and you’re good to go. If you’re petite and you want your legs to look longer, you can wear a skirt suit instead, preferably at midi length, and then wear it with heels.

TRY A SKIRT SUIT – and while we’re on the topic of skirt suits, why don’t you just go ahead and get one? If you’re not sure about being able to pull off the menswear inspired trend just like that, modify it and make it more girly and feminine by ditching the usual pants for a skirt. This is one of the best ways to make a suit look more feminine. 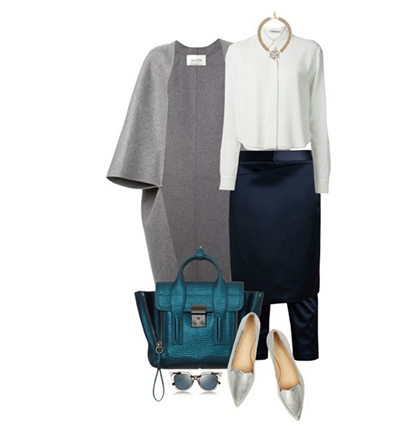 GO FOR A PRINTED SUIT – think a plain suit is too manly for your style? Soften up the look and go for a printed one instead. Floral suits are great for really getting that feminine look going but if you want something simple, you can always go for other print patterns / designs as well. If, on the other hand, you want to make a statement with your suit, I would suggest going for a geometrical print suit with lots of different colors for visual interest. 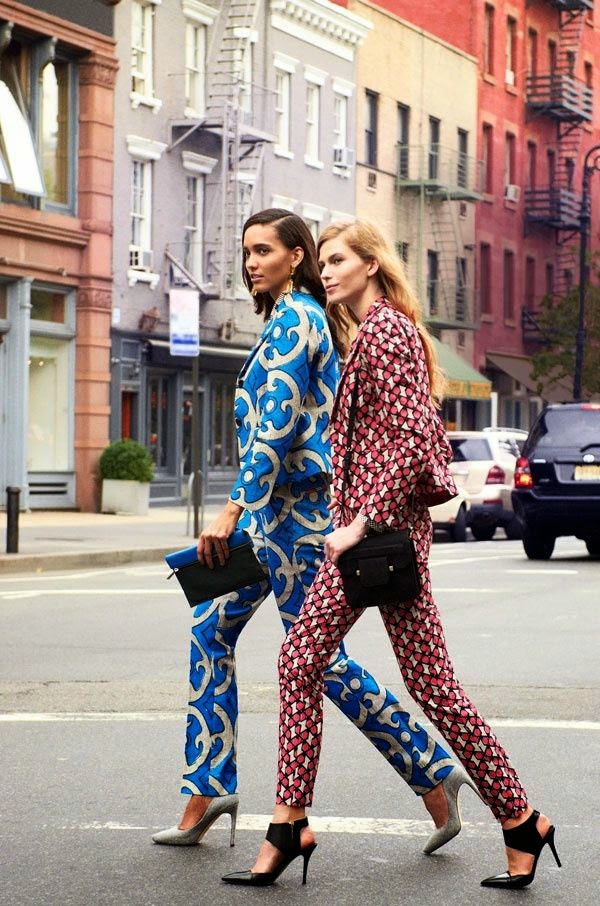 PLAY AROUND WITH SHAPES – another really good way to soften up a suit and make it look more feminine is to play around with shapes and silhouettes. Ditch the usual blazer jacket silhouette and go for a peplum one instead. You can also try going for a palazzo-style pair of pants instead of the traditional trousers or you can go for an asymmetrical split hem skirt instead of just a pencil skirt to go with your suit. 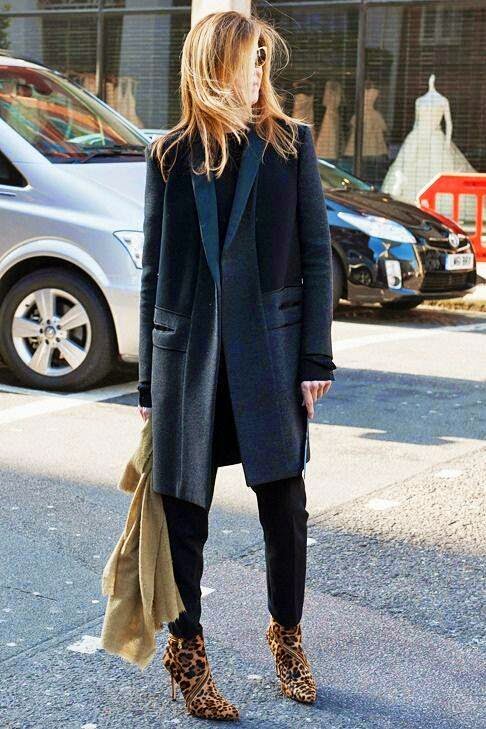 Over The Knee Boots - the right way

Boots are perfect for autumn and winter, as they can keep your feet warm and wonderful. But if you are tired of the usual styles, then you should go ahead and try over-the-knee boots. They might be intimidating to wear at first, but styling them well will surely gain you some acclaim. Here are several ways on how to wear over-the-knee boots like a natural-born fashionista:

If you’re not in the mood to show your legs (maybe you haven’t shaved them, ha!) then wear your over-the-knee boots with your favorite jeans. Not only will this pairing keep you warm, the right styling can give the illusion of never-ending legs. 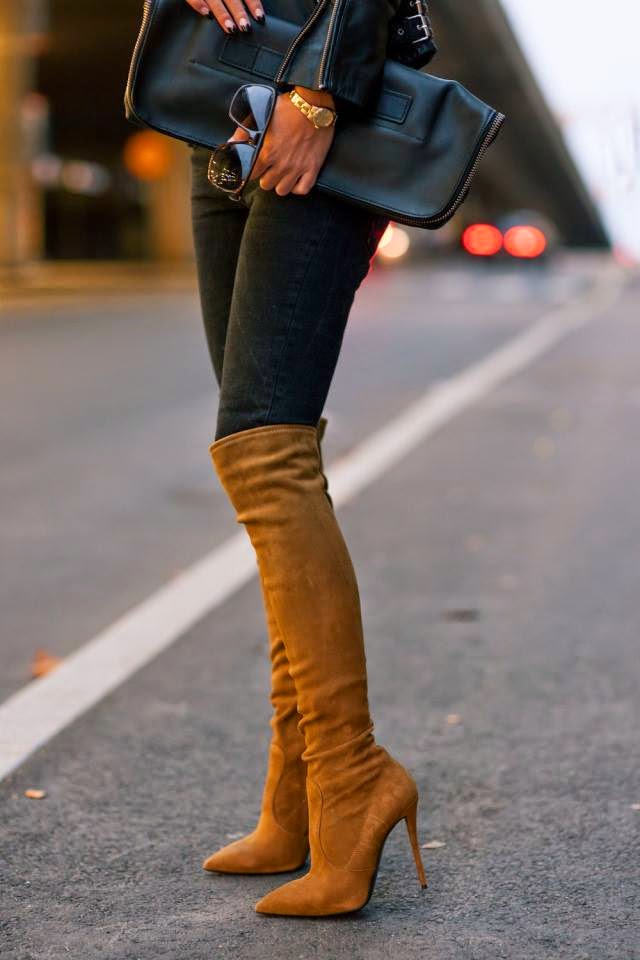 Looking for a reason to wear your fur coat outside? Go ahead and pair it with your over-the-knee boots. This will make you look so sophisticated – definitely perfect for formal functions and swanky date nights.

It does not matter whether you already have leather over-the-knee boots, they will still look well with weather. It’s like a fashion continuation that starts at the hips – and ends at the feet. 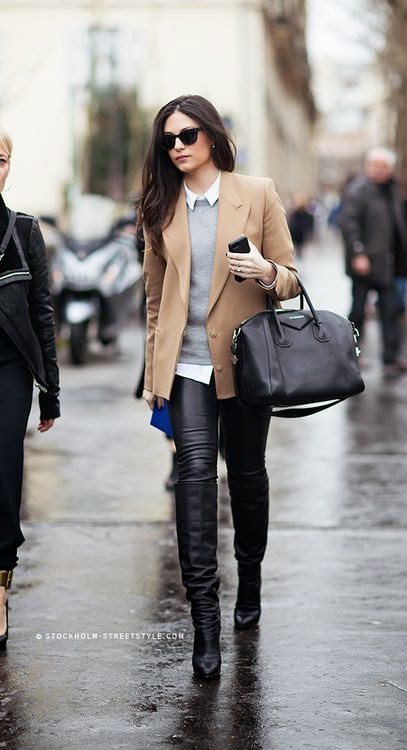 Unless you have printed over-the-knee boots, such footwear definitely goes great with vibrant designs and styles. If you are feeling more adventurous, why not pick a brightly-colored boot. 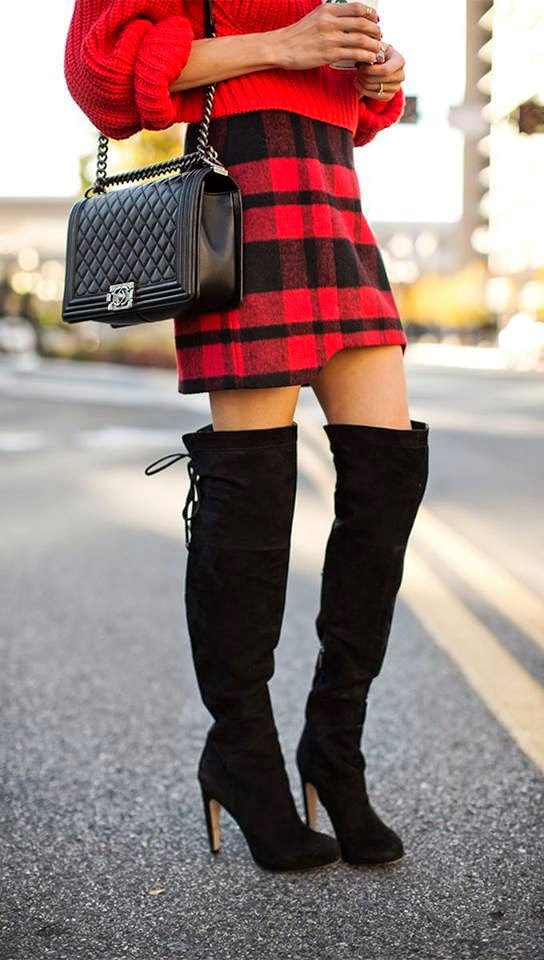 Christmas shopping can be a little tricky sometimes. Sure, you may want to fill up their stocking with trinkets they’ll love. But making memories together is one of the best gifts you can give to anyone you love. If you’re looking for gifts that will last far beyond the holidays, consider the gifts of experiences. 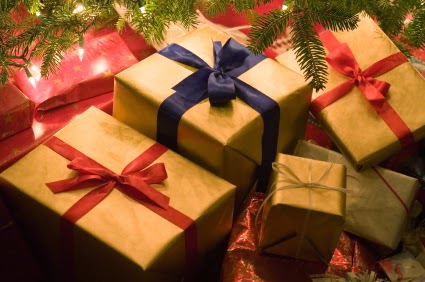 1. Spa Day – Who wouldn’t love a spa day? Grab a certificate from their favorite spa (or choose one you love) and pair it with a makeup kit for the ultimate gift of relaxation and beautification.

2. Theater Tickets – Get tickets for a great show in the next couple of months for a fun night out. Pair it with their favorite theater candy or snack.

3. Cooking Class – If you have a foodie on your list, a gourmet cooking class is the definite way to go. Search local listings and cooking specialty stores for options. Pair this gift with a set of basic cooking utensils (whisk, wooden spoon, chef’s knife, etc. are all great options).

4. Weekend Getaway – If you know someone who has a case of wanderlust, setting them up with a credit for a weekend stay somewhere is the ultimate gift. Pair this with a great weekender bag for easy packing.

5. Staycation – If a weekend getaway is out of the question, pick a new resort or hotel in their area – preferably one with a great restaurant – and give them a voucher for a night’s stay and dinner for two. The hotel can usually help arrange a great staycation experience. This also pairs well with a weekender bag.

6. Brunch with a View – Treat them to brunch at a spot in their city that has a spectacular view for a change of scenery from the norm. Pair this gift with a bottle of champagne or prosseco to set the tone. 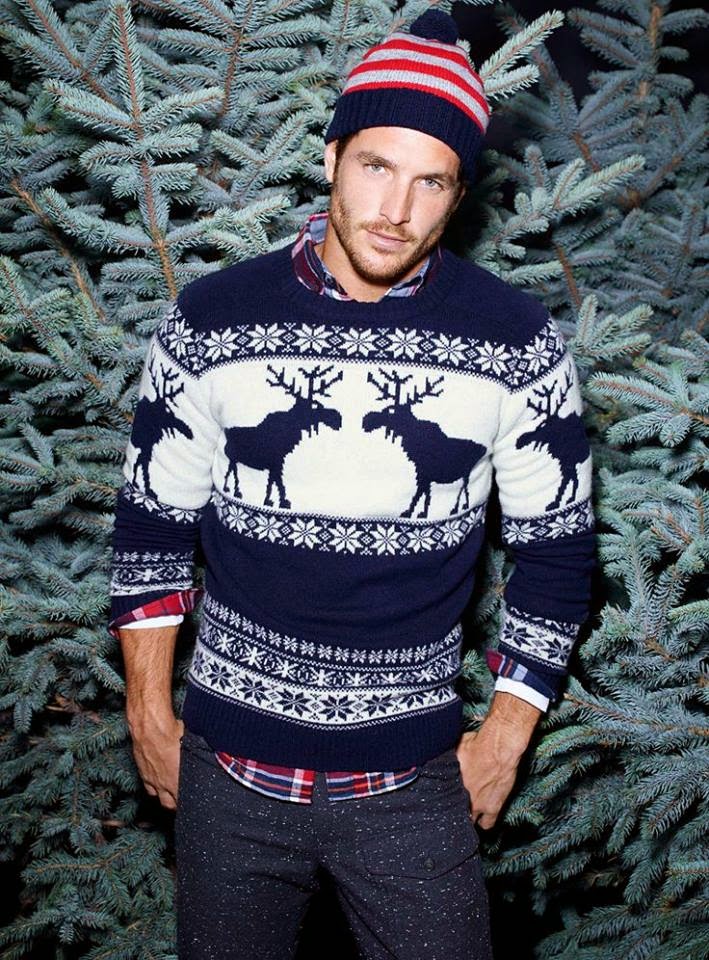 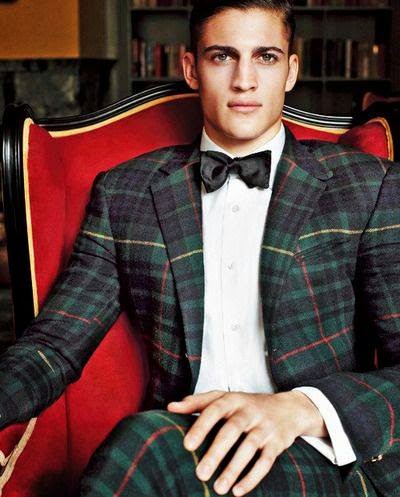 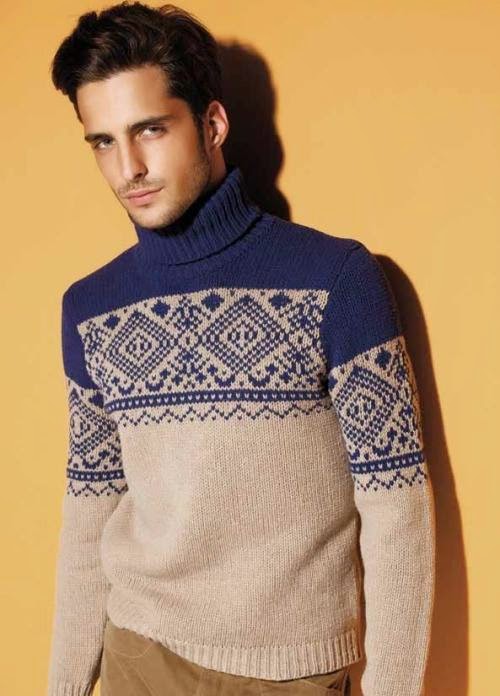